Return to the Typosphere 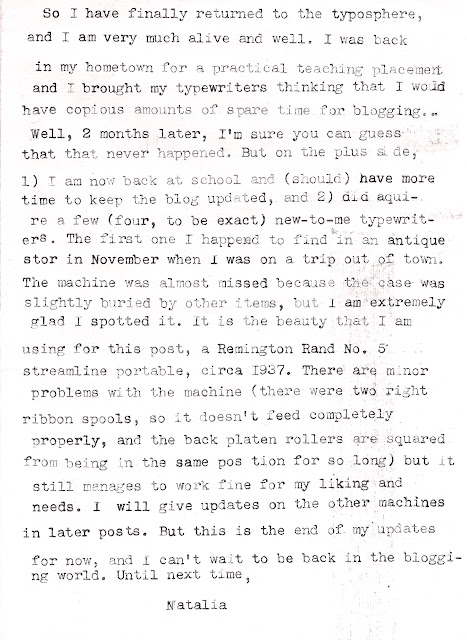 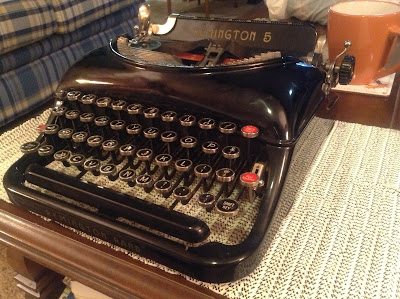 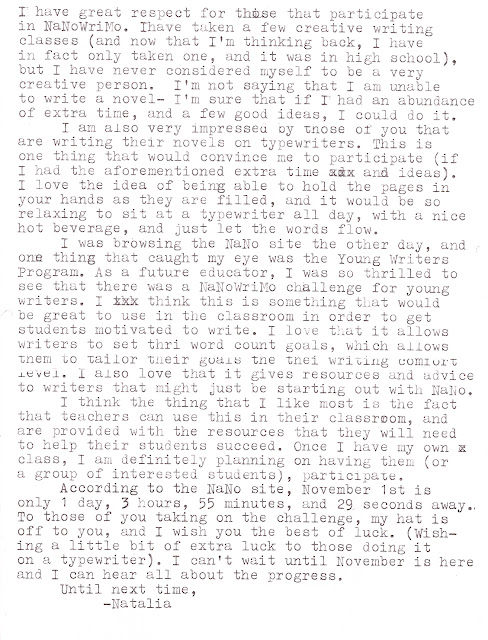 *Here is the link for the Young Writers Program, for those of you that haven't seen it.

The Evolution of the Book 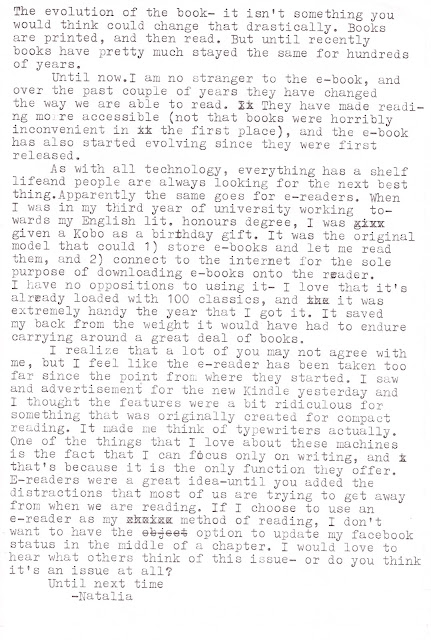 *from my Super Silent

Here is a link for the commercial that got my thoughts going. I also wanted to quickly point out (to those of you that haven't already seen it) that I have added a 'My Machines' page that can be found in the blog header. If you would like to see the beginnings of my growing collection you are more than welcome to take a look.
-Natalia

The Underwood 5 is Back in Business 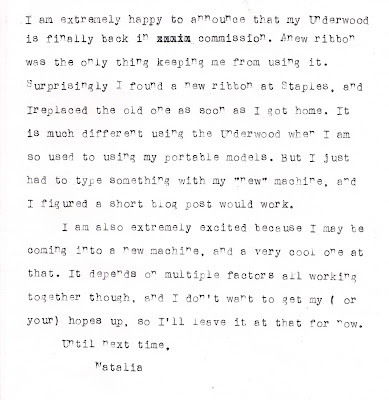 For it's first time actually being used (since I first received the machine) it did a pretty good job- minus the bottom halves of the 'n's. If anyone has ideas on how that can be improved I would love to hear them. 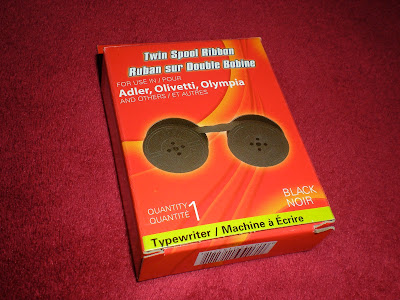 I also thought I would add a photo of the ribbon that was found at Staples if anyone is interested. It's just a universal spool and was less than $10- much easier to go grab one of these than having to order online and pay for shipping.

The Casual Vacancy- Some Thoughts 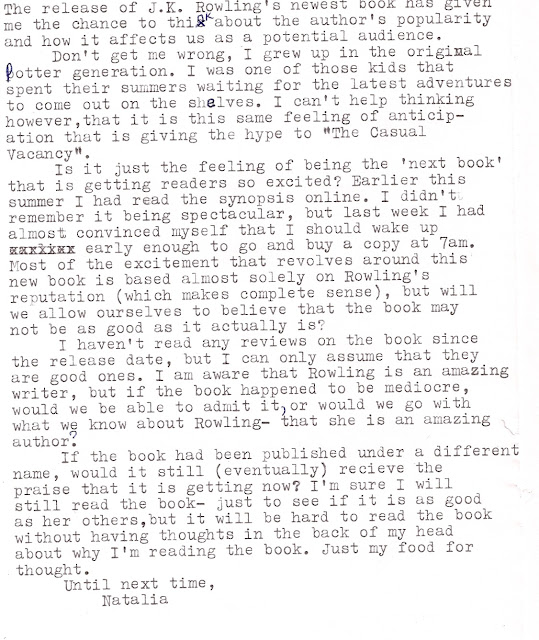 (From my Smith-Corona Super Silent)

Apparently I wasn't able to pay proper attention while typing this post, so try to forgive the editing. I hadn't seen most of the obvious mistakes until after it was too late, probably due to the fact that I was trying to watch t.v. at the same time I was writing this. I also hope this doesn't cause too much controversy- I had my thoughts roughly laid out in my head before I started, but I found it hard to put them on paper in a way that made sense. Hopefully next time I can transfer my thoughts from my brain to the keys.

Posted by Natalia at 7:03 PM No comments: 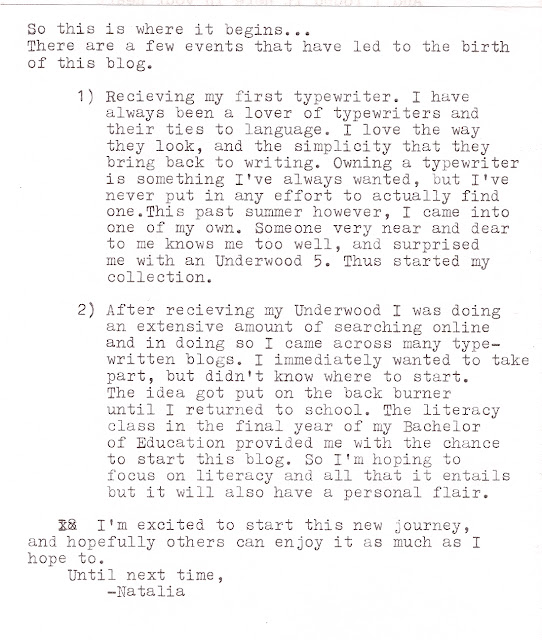